You are here: Home / Blog / Is The US Living In A Ponziconomy? 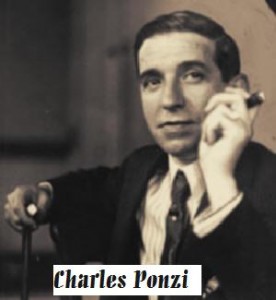 Several days ago on a trans-Pacific flight I read two interesting articles in the same newspaper.  One was an analysis of the most recent jobs and unemployment report from the US, in which most analysts were puzzled by the lack of real job creation and economic growth.  The other article was about yet another IPO filing for a hot up and coming Social Media technology company, this one in the social gaming space.  The company, Zynga, is growing rapidly, is profitable, and generates almost $1B  of annual revenue from the sale of “Virtual Goods” in games embedded in Facebook.  I am an avid user of Facebook, but I must admit I’ve never played Farmville or any of the other Zynga games, I have no idea what virtual goods I would buy, how much they would cost, nor what redeeming benefit they would have for my life.  So I am probably unqualified to comment.  But I just worry that too much of the focus and excitement in the US technology and innovation media is on companies which will not create much lasting economic value.  But let’s face it, a virtual cow in Farmville is even less meaningful than a tulip bulb, and I struggle to come to grips with how a company making virtual goods can support a $20B valuation with any intellectual honesty.

I am a manufacturing guy by background.  I have run factories and now I run a real business, making real products that solve real problems for real people.  Of course I am in it to make money for my company and hopefully money for myself.  But by operating non-virtual assets, I am also able to see the much broader economic benefit that my business provides.  In addition to the personal salaries earned by over one thousand employees at my six manufacturing operations in US and Europe, there are the employees’ incomes, the company incomes, and the reinvestments of my suppliers, my suppliers’ suppliers, my logistics partners, etc.  Manufacturing of “Non-Virtual Products” creates lasting value in our economies.  Additionally, where there is value creation, there is inevitably taxation, which helps to solve  the major budget crises which the US is facing right now.

On the other hand, a technology based social media or smart phone app start-up has a much smaller trickle down impact on the economy.  As Thomas Friedman recently noted, the number of employees is typically much smaller and the resulting supply chain impact is minimal.  Sure, the local Starbuck’s, web hosting company, Pizza takeout joint and foosball table distributor get some lift from a new tech startup, but the overall stimulus to the economy is much smaller.  And while it may be much harder to quantify, I do not dispute that many successful tech companies offer products or services which create value for their users via increased productivity, group buying, etc.  But I really struggle to find much meaningful tangible, lasting economic value creation in a producer of virtual goods.  Many, many hot tech startups have been invested, exited and subsequently evaporated in the prior Web 2.0 and current Social Media technology inflatable balloons.  For many of these companies, the net aggregate cash flows once the music stopped and the dust settled flowed from users and customers into the pockets of founders and VC’s.  Don’t get me wrong, I’m all for people getting rich from their work, I’ve been trying unsuccessfully to do it for almost 30 years.  But it feels a little bit like a Ponzi scheme and I do not think it’s a sufficiently robust way to drive true lasting economic recovery.

The US remains one of the most innovative countries in the world.  We have great research and key technologies which can create real value for society in such industries as alternative energy, green chemistry, advanced materials, high efficiency transportation, smart grid power distribution, pharmaceuticals, water purification, etc.  Each of these industries could be a real starting point for sustained economic vitality and renewed competitiveness for the US.  Regional hubs and corridors for key technologies could fuel synergy and innovation.  Real technologies could evolve into real production plants which employed real employees and supported real supplier ecosystems.  Rest assured, we would still need founders, management teams and VC’s who would earn well-deserved wealth, but in a non-Ponziconomy, they wouldn’t be the only ones.