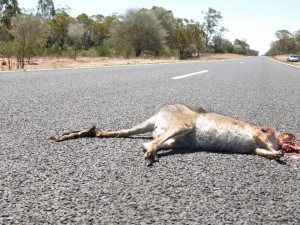 All of us have had the unpleasant experience of coming across roadkill.  Although I’ve never seen empirical evidence, I’m pretty sure that most of these victims never intended to end up the way we found them.  Most of these unfortunate endings happened because of a desire to move beyond their previously inhabited core space into a new and adjacent space, and a lack of understanding of the potential risks inherent in this shift.  They had a desire to move, evolve and grow, but did not consider the consequences fully enough.

Potential mistakes they made which might have led  up to such tragic endings:

Don’t get me wrong, there is often a  strong imperative to get to the other side of the road for any number of reasons.  Just because there is risk, does not mean that the transition might not be required or desirable.  But a strong analysis of risks, potential scenarios and a well-timed plan, executed decisively, will help ensure that your business does not die an untimely death.